The Guild Has Your Back

What has swords and sorcery, heroes and heroines, quests and epic battles?  Legend of the Seeker?  Not quite.  What also has guilds and raids, geeks and nerds, and trips to Cheesy Beards?  Well that’s got to be The Guild, Felicia Day’s (Buffy, Dr. Horrible) groundbreaking new media short-form genre comedy series, streaming at a web site near you or available on DVD for a reasonable price.

The Guild is the brainchild of actor and comedian Felicia Day.  As creator, writer, executive producer, and lead actor on the low budget web series, Day has broken down the barrier between amateur web-based new media and mainstream old media.  Indeed, it was a discussion of The Guild with friend Joss Whedon during the recent writers’ strike in Hollywood that eventually led to her role in the Emmy award winning Dr. Horrible’s Sing-along Blog, Whedon’s own new media adventure.

The Guild is a comedy series about the on and off-line adventures of a guild (or “team”) of World of Warcraft (WOW) players.  WOW is a Massive Multiplayer Online Role Playing Game (MMORPG) that has captured the free time of tons of folks around the world.  Even my own son is a WOW addict, so I know the type.  Felicia Day has admitted to being a former addict herself.  For Day to create a web comedy series revolving around that culture and its players only made sense.

To understand The Guild, you need not be aware of on-line gaming culture.  But it helps.  Indeed, unlike many shows that focus on an industry, profession, or hobby, The Guild doesn’t get its gaming details wrong.  The characters and jokes will be funny to you if you’ve never played a single on-line game, but if you have (even if you’re an old First Person Shooter (FPS) veteran like myself), then the series has a new depth of humor that will send you to the floor, rolling and laughing, many times.

The first season began appearing on-line in mid-2007.  Day has written and spoken many times about how shoe-string this first season really was.  Episodes were shot whenever enough cash came in through donations from fans.  Sometimes weeks or more would pass between filming sessions.  However long it took, and however low the budget was, the show managed to hit the ground running with very identifiable characters and laugh-out-loud writing and performances.

By the time the second season completed shooting, Day and her production team had found a source of funding to help keep the production on-schedule: Microsoft.  Indeed, Microsoft’s Xbox Live and MSN Video web site began featuring the show prominently.  Season three has started to appear on the e-Street as of this writing, and it looks like the team has managed to maintain and even evolve the spirit of what made The Guild a hit.

The good news for fans of the show, Felicia Day, new media, or those just curious to check out what all the fuss is about, is that seasons one and two have been released on DVD.  Indeed, a combined season one and two DVD is also now available.  All of these DVDs are very reasonably priced (Amazon, for instance, lists the combined DVD for US$14.99).  The extras include commentary, behind the scenes footage, outtakes, and tons of fun.

So if you enjoy brief, but densely packed doses of off-the-wall comedy mixed with some real human emotion, or if you’re a gamer looking to have some fun at your own expense, then The Guild is definitely worth your time.  If you’d like to get started now, then here’s the first episode for your convenience: 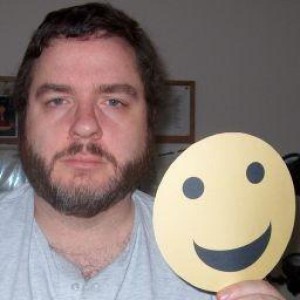 2 thoughts on “The Guild Has Your Back”